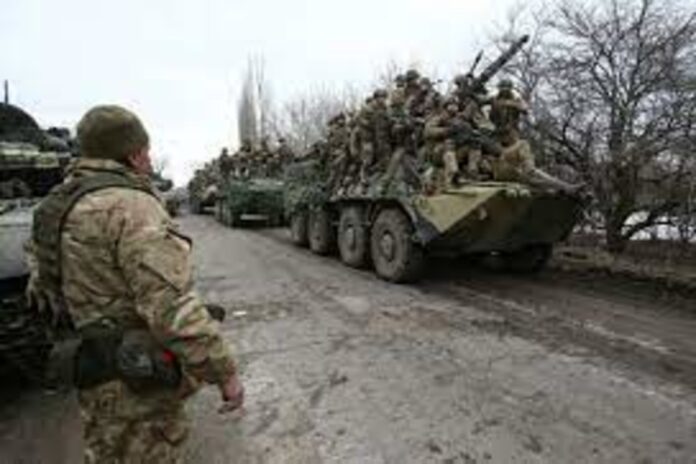 Monday, according to the UK defense ministry Tweet more Russian forces are only 30 kilometers away from the North of the Kyiv, capital of Ukraine. On the other side, Russian and Ukrainian delegations are meeting today on Ukraine-Belarus border to hold talks.

Russia’s advance was “slowed by Ukrainian forces defending Hostomel airfield, a key Russian objective for day one of the conflict,” the ministry added. The Ukrainian forces are increasing their defense of Kyiv city.

“Heavy fighting continues around Chernihiv and Kharkiv however, both cities remain under Ukrainian control.
Logistical failures and staunch Ukrainian resistance continue to frustrate the Russian advance.
Despite continued attempts to suppress details of the conflict from the Russian population, the Russian Armed Forces has for the first time been forced to acknowledge suffering casualties.”

Russian Authorities for the first time acknowledged the injuries and deaths of their soldiers in Ukraine. But, still, they didn’t disclose the exact number of the deaths among Russian forces.

Russian Authorities also claimed the losses were “considerably lower” than those seen in the forces of Ukraine. The Ukranian forces are also resisting the Russian military fearlessly without any fear of death. Even, the civilians of Ukraine are fully motivated to defend their country.

The west is constantly imposing sanctions to stop Russia from further advance. A whole world is waiting for the result of talks between Russian and Ukrainian delegation.