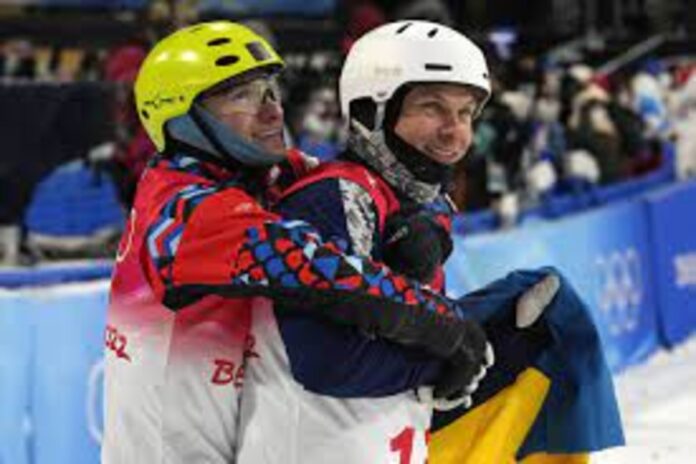 Russian and Ukrainian athletes after winning medals in men’s serial skiing at Beijing Olympics 2022 hug each other. There is no doubt that it is a great representation of affection between the players of the two countries which are at the edge of war anytime.

Oleksandr Abramenko of Ukraine won silver medal in the Beijing Olympics 2022. It is a first medal of Ukranian nation.

At the ceremony of medal distribution, Ilia Burov who is performing under the banner of the Russian Olympics Committee, embrace Abramenko. The athletes hug have a background of the rising tensions between Russia and Ukraine. It is a show of affection between the people of these two nations. Moreover, this representation of affection was much appreciated from the crowd also.

There is no doubt that Russian forces is sill present at the border of the Ukraine and invasion can happen at any moment. According to the Biden government, the Russia is in a mood to invade Ukraine. But, if Russia will do such attack on Ukrain then it will pay a serious price, the President Biden said.

The Ukranian sports minister said that Ukranian athletes must stay away from their rivals, Russian players in Beijing Olympics 2022. The instruction came at the start of the winter games. In addition to this, they also thoroughly brief that how they should behave in the situation of any “Provocation”.

A whole world is focusing on the current situation of Russia and Ukraine tensions. The US predicted that at any moment the things will get worst. In such situation, the athletes of both countries hug each other at an international platform. Indeed, it is a great sign from the people of both nations that they don’t want any war. No doubt, a war is only destruction and nothing else.