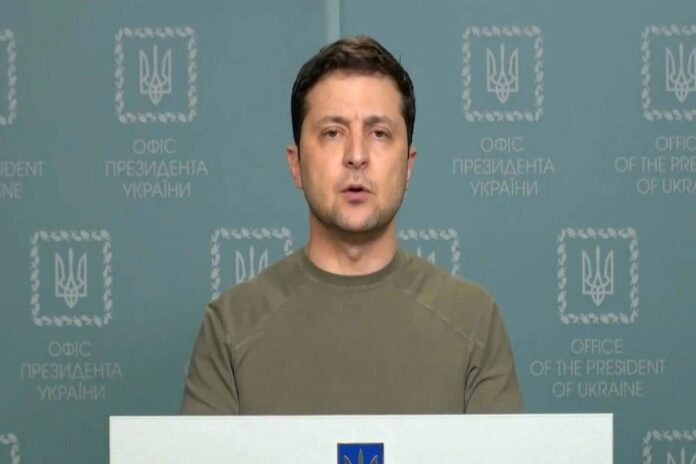 Saturday morning, a third day of Russian invasion in Ukraine. Zelensky, the Ukraine president said in his Tweeter’s video message of Saturday morning that “We are not putting down arms and all reports related to this are fake “ Do not believe on these fakes”

The sufferings of people due to Russian troops, increasing with every passing moment. Despite of the fact, all Ukrainians are fully committed to defend their country.

Mr. Zelensky said “I am here. We are defending our country, because our weapon is truth and our truth is, this is our country, our land, our children and we will defend all this. That is it, that’s all I want to tell you. Glory to Ukraine”.

He said that “the anti-war coalition is working”. No doubt, the Ukrainian President is trying his best to keep the morale of his nation high.

There is no doubt that all people of Ukraine are united to defend their home hand. They are fighting against Russian troops fearlessly. They are not ready to compromise on their territory and on their soil.

According to the current situation, the Russia doesn’t seem to bring their troops back from Ukraine. Despite of the tough sanctions, the Russian attack on Ukraine continues.