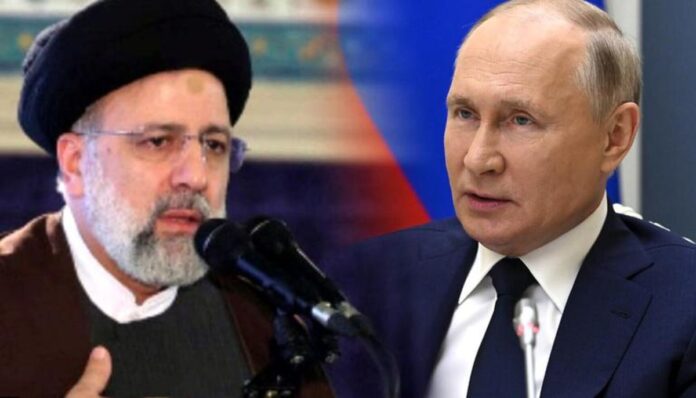 The President of Russia, Vladimir V. Putin met Iran’s new President Ebrahim Raisi, regardless of their differences, both countries are the opposition of U.S.A.

The meeting was held according to the Covid-19 precautions. At the meeting, Mr Ebrahim Raisi said that Tehran is against America for the last forty years. In addition to this, he said that it is a time to seize the American power by strengthening the synergy between our countries.

On Wednesday, the President of Iran planned his two-day Moscow visit to show that Russia and Iran has strong bonds despite of some past differences. Both these countries have same rival, which is the United States of America.

Furthermore, Iran represents that Russia has friends which it can call in battle against the West. The Visit of Mr. Raisi addressed a silent message of union with Russia at the time of severe Russia and Ukraine tension.

No Doubt, Iran is already struggling through economic crisis due to the US sanctions. Mr. Raisi meeting with Russian leader Putin is a clear signal that Iran’s support is with Russia in case of any possible future Russian invasion.

In addition to this, the foreign minister of Iran said that the leaders of both countries are agreed on the enhanced military or economic support “Framework”.

The Russian Leader said that both countries have close co-operation with each other on the international ground. There is no doubt about their co-operation, Russia always comes in support when US stands against Iran. On the other hand, Russia brings Iran close to the Eurasian economic union which is Russian-led trade.

Despite of the high efforts of the Kremlin to protect Mr. Putin from Covid-19, the Russian leader met Mr. Raisi warmly and welcomed him. Both Presidents sat at 20 feet distance due to Coronavirus precautions.