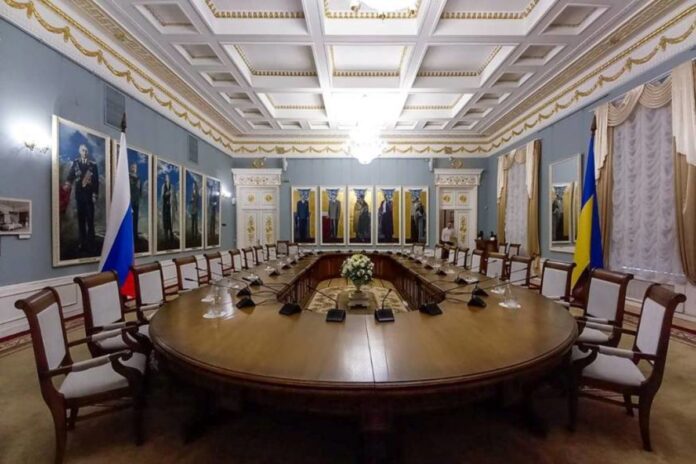 Once again talks between Russian and Ukrainian delegations started at an undisclosed location near the border of the Ukraine. It is a second round of Talks between both countries. First round of Russia and Ukraine talks ended without any result.

There is no information in media that where this high profile meeting is going to take place. A video clip that showed the entry of delegation of Ukraine in the conference room where Russian delegation was already seated. Both teams shake hands before the start of the talks.

A video was of very short duration and only covers the entry of Ukrainian delegation to the conference room and taking seats after shaking hands.

A second round of talks started between both countries.

The key issues on the agenda:

1. An immediate ceasefire
2. Armistice
3. Humanitarian corridors for the evacuation of civilians from destroyed or constantly shelled villages/cities.

He pointed out the issues which are on top priority on the agenda of these talks between Russia and Ukraine.