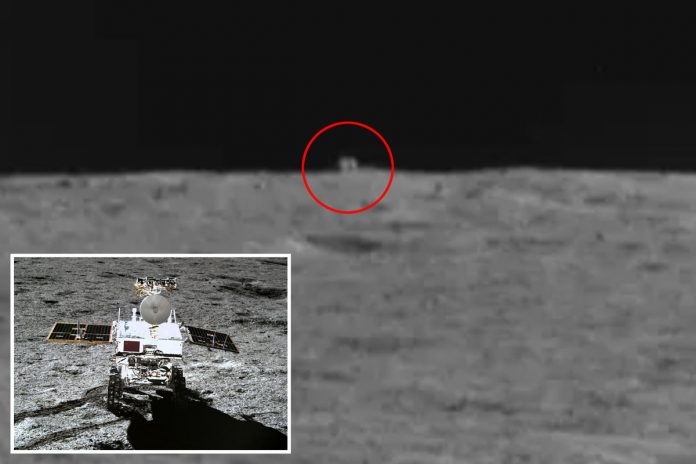 The name “Mysterious Hut” was given by the space authorities of China. Some scientists also called it “Moon Cube”.  After that, they send the Yutu-2 Chinese rover to take a closer view. A rover took two weeks to get closer to take a clearer picture.

According to the update from the China National Space Administration, there is no secret base or monolith on the moon. The close-up of the object reveals that it is just a rock nothing else. In addition to this, they said that it was just a shadow, light, or an angle trick of the camera that provide a complete geometric picture of the object from the distance.

It become clear now that there was no mysterious hut at all on the far side of the moon. It was just a camera angle or some kind of shadow that created this mystery.

No doubt, visual illusions are the part of space exploration. The exploration history of space is full of such types of illusions either caused by the telescopes of the astronomers or by the cameras of the robots on other planets. Moreover, the actual wish of the man is to find some sign of life on other planets also, and this desire sometimes becomes the cause of such illusion.

Space is full of hidden secrets, and human beings are trying from years to explore as much as they can. But still, much more is left in the limitless boundary of space to find out and explore.