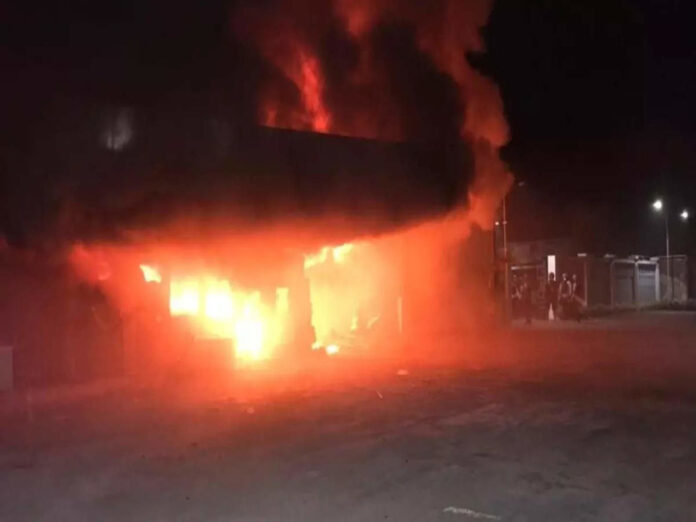 On Tuesday, in West Indonesia, the two rival groups of the area fight each other in a bar and during the fight they set the Karaoke Bar on fire. The cruel flames of the fire killed nineteen people, the provincial capital police of Sorong.

In addition to this, the police said that fights between rival groups in Indonesia are common, but sometimes these fights become the cause of many deaths of even innocent citizens.

In the current incident, one person was killed because of multiple brutal stabbing on Tuesday and other eighteen people were killed by fire, the police official said.

According to the spokesman of the West Papua Police, the fights among two opposite youth gangs are not new in Indonesia, but this one become the cause of so many deaths.

In addition to this, the Adam Erwini said that police are investigating this deadly and brutal incident at the entertainment spot of Karaoke bar.

Furthermore, it is also not clear that this fatal fire killed how many people because several people are still badly injured. Due to this reason, may be the dead toll will rise because of the deaths of some severely injured or burnt people.

A spokesman for the Indonesia’s national police, Dedi Prasetyo said that the brawl was between two opposite groups of the island of Maluku become the cause of these several deaths.

No doubt, the incident in Indonesia was terrible and several people are injured and are in crucial condition in hospital. The investigation is still going on to explore the true facts about this miserable incident.