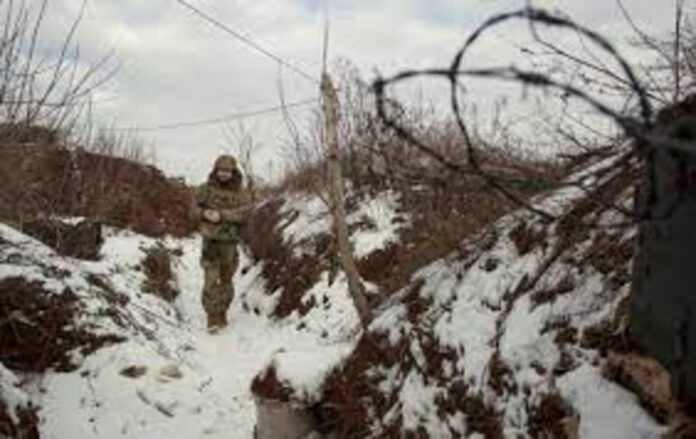 According to the current situation of Russia-Ukraine tension, there is a chance of Russian invasion anytime. Due to this, UK ordered their staff of the British embassy to leave Ukraine.

The concerned officials are saying that there is no threat to the diplomats of the UK. But, the UK begun the withdrawal of its British embassy’s staff members from Kyiv.

At the same time, the US also asked its staff to return back to US and say that Russian invasion is expected at any time. As thousands of Russian military troops are gathered on the Ukraine border.

According to the some reports, Russia is seriously planning for military invasion against Ukraine.

However, in the last 24 hours nothing specific threatening happened that can provoke this decision of the UK and US governments. That’s why it seems that embassies are taking these actions only in precaution to save their diplomats from any possible risk.

The American government also warned Americans not to travel to Ukraine in such situation. The US state department warns people due to the potential risk to the citizens of America.

The US officials said the timely withdrawal of embassy staff and American citizens is essential because if Russia invade Ukraine then it will become difficult.

On the other hand, Ukraine said that the withdrawal of US embassy members is too early and premature.

On Saturday, more than 90 tons of “Lethal aid” of US arrived in Ukraine for the front line defenders of Ukraine border. This aid also includes a huge amount of ammunition as well.

In addition to this, the NATO Head also warned that there are high chances that Europe will face a big conflict as Russian military troops started gathering on Ukraine border. All efforts to sort out the matter with diplomacy are failed.