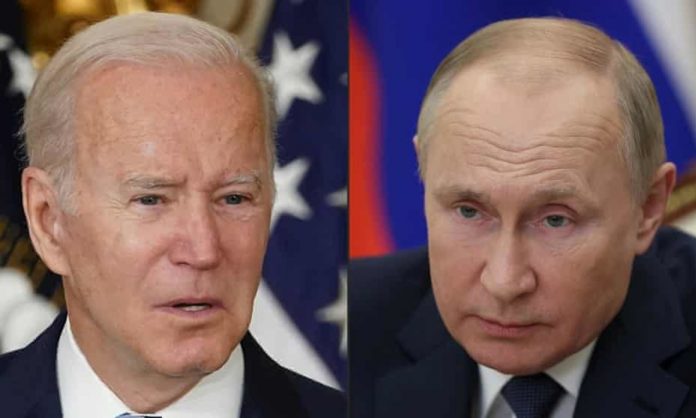 On Friday, USA official said that as per the US intelligence information, in eastern Ukraine, Russia is preparing a false flag operation as a pretext for invading Ukraine, CNN. Moreover, the officials said that the operatives are fully trained in the use of explosives and urban warfare.

They said the information developed by our intelligence community represents Russian groundwork to make a reason for invasion. In addition to this, Sullivan said “We saw this playbook back in 2014, now they are preparing this playbook again”. They will share more information about this Russia-Ukraine tension with press in next 24 hours.

On Friday, the Defense ministry of Ukraine said that the satellites and the military units of the invader country received orders for the preparation of these provocations.

Furthermore, the US officials said that the administration of Biden believes that Russia is preparing to invade Ukraine. If it will happen, it may cause violation of human rights and the failure of diplomacy to achieve its targets, official said.

According to their information, the military of Russia plans to start their activities between mid January & mid February. Russia will begin such activities weeks before the actual military invasion, Official added.

The present situation indicates that in coming days the tension between Russia and Ukraine can become a war. No doubt, if it happens, it will not good for the innocent people of both countries. Moreover, this war will also indicate that diplomacy can’t able to sort out the things on time.

Currently, our world is facing a critical situation due to the infection of latest variant of coronavirus, Omicron. Humanity is suffering from the wild spread of this infection. In such situation, the war will bring more destruction. Our world needs peace and unity of all countries for the welfare of humanity.