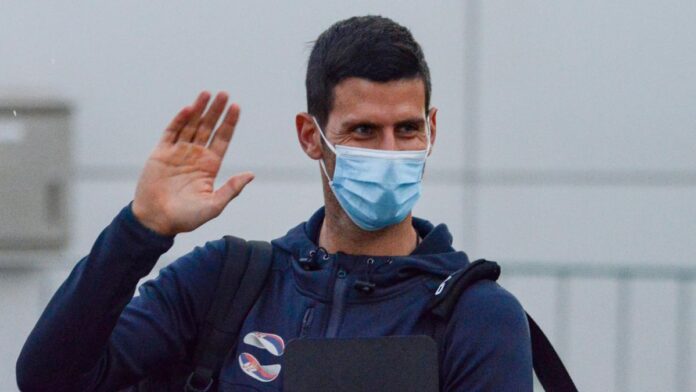 Finally, Novak Djokovic lost high level legal battle and deported from Australia to his home country Serbia. All this happened due to his status of the Covi-19 vaccination. The Australian government breaks his dream to play in Australia open tournament.

On the Eve of the tournament, he said with a heavy heart and with full disappointment that he can’t stay in Australia to play Australia open. In addition to this, he said that we all should now focus on the tournament and the game, and he love this tournament a lot.

The overall situation of the Djokovic staying in Australia issue becomes controversial and represent the hostile attitude of Australia towards visitors.

Furthermore, after the few hours of the court order of his visa cancelation, the Novak Djokovic received direction to leave Australia.

In the previous 11 days, the Australian government canceled his visa two times. In addition to this, they placed him in immigration custody. The Australian officials said that the player’s further stay will enhance the anti-vaccine sentiment.

Moreover, they added that as per the Covid-19 live data the Omicron cases are increasing rapidly, we can’t take any risk in this case. In addition to this, the Australian government officials said that we are doing this all for the safety of our Australians and keeping our borders strong against this deadly infection of the Omicron.

On the other hand, Aleksandar Vucic, the Serbian President, criticized the Australian government on their misbehavior and humiliating Djokovic. He said that they didn’t humiliated Novak Djokovic, they humiliated themselves. The Australian authorities represent their true color infront of the world in these eleven days, he added.

In addition to this, the Serbian President said that the Novak Djokvic is our tennis hero and all Serbians will welcome him in his own country.