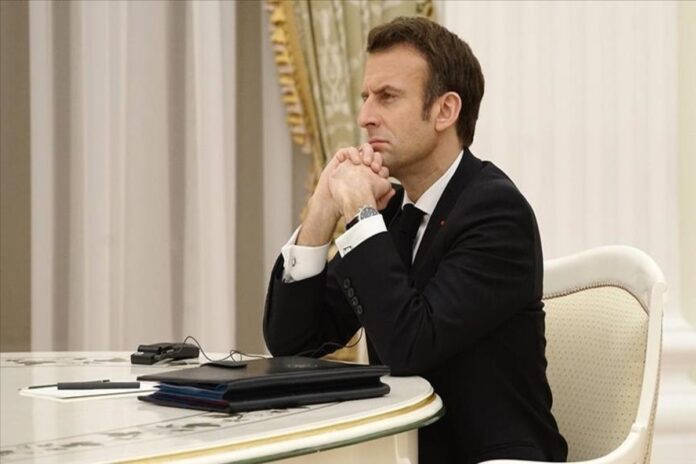 On Thursday, Emmanuel Macron, the French President said that the conditions of the Vladimir Putin for ceasefire in Ukraine are not acceptable to anyone at all.

“I do not see a diplomatic solution in the coming hours or even coming days,”

Macron told press reporters in Versailles ahead of a summit of European Union leaders that will center on Russia’s invasion of Ukraine to find solutions to the rising prices of energy and less dependence on oil and gas of Russia.

Macron, the French President said that as a realistic he is not seeing any situation of ceasefire in Ukraine as in the coming hours.

He also said “I’m definitely optimistic but I have to be realistic as well,”

Putin, the Russian President also held a telephone conversation with the German Chancellor Olaf Scholz and Macron earlier on Thursday.

He told media reporters about the fast track accession of Ukraine to EU “With a country at war? I don’t think so … Must we close the door and say ‘never’? That would be unjust.”

The French president said “The war in Ukraine is a tragedy … a human, political and humanitarian tragedy” and it’ll “lead to completely redefining the architecture of Europe.”

“These are discussions that are strategic and historic. They will lead to, today, in the coming weeks and months, historic decisions for our Europe,” Macron added.

He said that humanitarian tragedies are going on from the start of the Russian invasion. Macron gave the reference of Russian bomb attack on a maternity hospital which was terrible.

Macron further said that the weapons, profoundly lethal, without discernment, were being used right in the middle of cities.