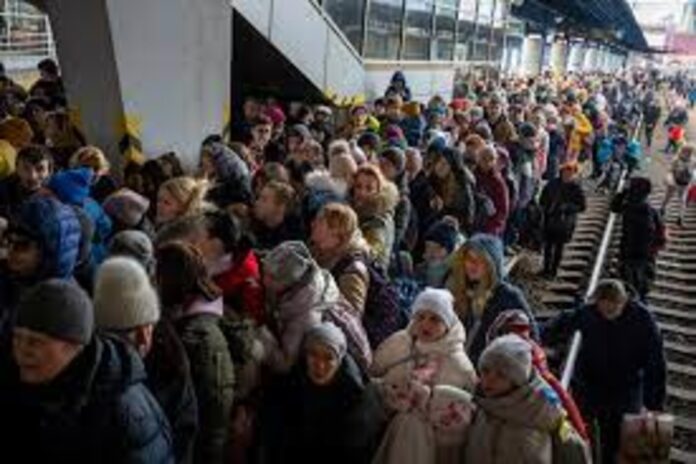 On Tuesday, the Lviv Mayor said that the city is struggling to provide housing and food to more than 200,000 displaced Ukrainians. These Ukrainians left their home cities because of war and Russian shelling or missile explosions.

The Lviv is a big city on the western side of the Ukraine and still safe from war and explosions. That’s why several Ukrainians came Lviv to save their life and lives of their dear ones.

“About 200,000 Ukrainians have already arrived in Lviv. Women, children, the elderly, hiding from shelling and bombing, were forced to flee their homes. We accommodate everyone provide food and everything necessary. But the trains are going, and the numbers are growing,” said Mayor Andriy Sadovyi in a video statement.

He urged international organizations to provide help “here in Lviv, in Ukraine.”

Sadovyi also added that the city is now reaching to its limit capacity. More than 440 cultural and educational facilities in Lviv are being used to house displaced persons. Furthermore, above 85 religious buildings are also in use of displaced Ukrainians, the mayor’s office said.