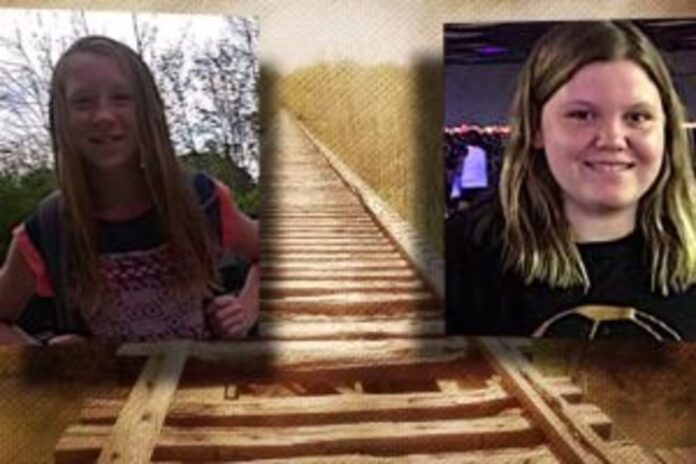 It was 12th February, 2017 when 13 years Abigail Williams “Abby” and 14 years old Liberty “Libby” were going to their school. They were on the way to the Monon high bridge in their hometown Delphi.

On their way, they took another way on that snowy day. On the other hand, in the early afternoon, they were posting each and everything about their whereabouts. All of a sudden, girls stopped posting their updates. After a few hours, there was no news about both girls.

Their family filed a report when both girls didn’t reach home. When polices started their search to find these innocent teenagers, they found nothing except dead bodies of Abby and Libby.

There is no doubt that this news shocked all people when they heard about the mysterious Delphi murders. Everyone was confused that how this incident happened.

Delphi is a small town where all residents know each other very much. In such situation, the Delphi murders cause of death rumors shocked and scared everyone in the town. Someone killed these innocent girls and police is still searching that mysterious killer till now.

The mysterious murders of Abby and Libby scared everyone. Furthermore, even after the three years, the killer was far away from the eyes of police. They were still busy in the collection of evidences which can take them to their prospective killer.

Moreover, no one knows about the true reason behind the tragic deaths of both best friends Abby and Libby. In the last three years, the police only collected very little evidence about these mysterious murders.

Investigators tried their best to solve this mystery behind these deaths of both girls. They also got one signature at the crime scene which can be helpful in their case. This incident happened in a small town of Delphi, and these murders left a scary mark in the lives of people.

All people of Delphi well aware of each other and they eagerly wanted to find out the killer of innocent girls.

Furthermore, in this case, another significant thing is the video recorded by Libby on her smartphone. On the way, Libby recorded the video which also captured a man who was walking behind the girls.

The video recording of the Libby was the only key evidence of this murder. The video shows an unidentified man dressed in jeans, a blue jacket and a hoodie with his hands in pockets.

In this short video, people can clearly hear his voice saying “Guys, down the hill”. Investigators are trying their best to figure out what exactly was happened with the girls and who killed them. Moreover, they are also thinking that this man has come connection with the murders or maybe this is the killer of those innocent girls.

Tony Slocom, the India State Police Sgt. Said “That young lady is a hero, that is no doubt”

“To have enough presence of mind to activate the video system on her cell phone to record what we believe is criminal behavior about to occur, there is no doubt in our mind that she is a hero.”

Detectives are hoping that maybe this voice can help them to detect the killer of both innocent girls.

Police also focused on Logan as a suspect of this murder because both bodies were found on his property. But, in 2020, Ronald Logan, died and police never proved him guilty of this crime. So, the killer of those girls still missing and police is investigating.

In addition to this, police also requested that if anyone know anything about these murders he can share information with police and help them to find the killer and Delphi murders cause of death.

In the year 2020, some text messages were circulating among people. At this moment, people thought now the murderer will be under police custody soon.

A YouTube channel with a name ZavGirl broken down this message with a tittle“ Text Messages from the Guy who found Abby and Libby?  What do you all think?”. This video got above 18,000 views.

Every passing day is making this murder case more and more mysterious. In addition to this, the Delphi murders cause of death leaked text messages made this incident more mysterious.

A friend texted a person named David and claimed that he found both dead bodies of Abby and Libby. After this, he wrote that “Oh, no that is not her nor Libby ”

The police also investigates the guy who talked with one of those girls with a fake social media account. He also used fake pictures of a muscular man to attract underage girls. One day before their death, it was decided that he will meet Libby at that bridge where both girls found dead next day.

Kline, whose fake social media name was Antony accepted during police interrogation that he chatted with Libby through his fake social media account. But, on the other hand, he denied that he didn’t kill both girls.

There is no doubt that the case is not closed and the police is still investigating hard to find the killer. Police also said that they have some clues about the killer, but still they are searching enough evidence to rest that killer.

There is no doubt that it is a great tragedy for the families of both girls. When these best friends left their home for school, no one can even imagine that they will never come back again.

Every person who has little kindness in his heart can’t even imagine that how anyone killed those eight graders in such a brutal way.

People just want that police must solve this murder mystery as soon as possible for them. Moreover, people of Delphi also want justice for their two innocent girls who went their school and never come back again. The Delphi murders will not remain a mystery, it will resolve soon by the police.