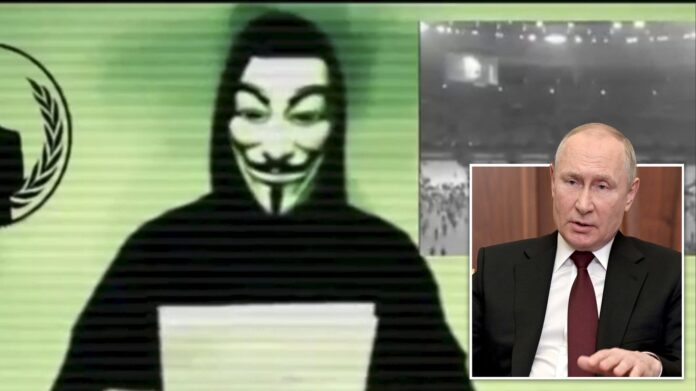 Many Russian media websites are hacked and three of them are displaying anti-Putin and anti-war message. A message written in Russian language on the Forbes Russia, Takie Dela and Fontanka websites.

The following messages people can see, if they visit those websites. A message directly asked the Russian people to stop sending their dear ones to war.

“Dear citizens. We urge you to stop this madness, don’t send your sons and husbands to certain death. Putin makes us lie and puts us in danger “

“We have been isolated from the whole world, oil and gas are no longer traded. In a few years, we will be living like in North Korea,” it added.

Why do we need this? To put Putin in textbooks? This is not our war, let’s stop him!,” the message reads.

The message is signed by Anonymous, the hacking collective, and by a group who say they are “journalists who care.”

“This message will be deleted and some of us will be sacked or even jailed. But we can’t put up with this any longer,” they said.

The websites of the State news agency TASS, Izvestia and Kommersant are also hacked and are currently down.